Before Wattpad, I was on a site called “Figment: Write Yourself In”. Was, because the site shut down. I did a heck ton of critiquing for people’s stories on there. Quite extensive.

I also learned critiquing from more seasoned critiquers (not a word), and polished my skills.

I’m not perfect, of course not. But I think I do have enough experience critiquing and writing, that I can give others advice.

But Wattpad is a whole ‘nother creature. The in-line comments…that changes everything on top of the fact there is an unspoken policy for writers.

And the responses I get sometimes, well, it spurred this article.

Let’s crack right into it.

Writers on Figment were quite graceful when being critiqued. They would say thank you and ask questions nicely if they had any.

Of course there were some who were defensive such as “No, I meant it like this, not like that” or “I’m not going to fix that”. The latter I never received but other critiquers did, apparently and even getting into heated arguments and/or debates not often but sometimes.

But overall, Figmenters (or Figgies which we called ourselves) were graceful in receiving critiques.

Wattpad authors have this unspoken, unwritten policy where writers respond to comments on their stories. It’s to show they are willing to engage with readers and I guess it helps create a fan base or something.

However, the responses I’ve received show how obvious it is that Wattpadders (or whatever they call themselves) are not used to receiving constructive criticism (which I will talk about in a bit).

A bunch of responses have been a long explanation of defense. “No, no, I didn’t mean it this way, I meant it that way. Actually the character is doing this and that and blah, blah, blah.”

I’m just critiquing your story to help you. If I ask you a question, yes, clarify for me. But don’t defend your story.

The reason I mentioned that point shows that you are not writing it in the way you meant to. Well, then you fix it instead of explaining to me what you actually meant.

When I receive critiques: “Darn. They think that way. Why are you thinking that way???? No, calm down. They are helping. I gotta fix that misunderstanding. *fixes story*”

Some Wattpadders: “Darn! They misunderstood! I gotta explain it to them ASAP!”

Please, I am just trying to help 😦

Some Wattpad critiquers often say they give constructive criticism but when you look at their critiques, they’re all short and often just pointing flaws out without giving specific suggestions.

That doesn’t give the writer anything!

What do you mean add in more history? What history? And how?

Yes, some writers might know what you mean. Like me. I can kind of guess what people found issue with and fix it.

But there are many, many novice writers on Wattpad like I said. They need a bit more help than just surface suggestions. I often give everyone (from novice to seasoned) a detailed suggestion to the point where I write up an entire paragraph and explain to them why I changed it in this way and why it might be better.

It bothers me, to tell you the truth, when I see critiques that are just pointing out flaws and giving surface suggestions. Are you really trying to help or just trying to get people to read your story? Often payment for such services is to read and comment on the critiquer’s story.

A lot of critiquers seem to be doing it for the payment. I say this because I’ve seen their critiques on others’ stories.

“Interesting idea. But I would have liked to see more backstory.” or “WOW! I never thought of that. Yes, awesome story but maybe you could add in something about the main character going to so and so place because I think we need that albeit unnecessary information but I have nothing else to say so I’ll give a suggestion that they don’t need so I look legit“.

They will say otherwise, of course. 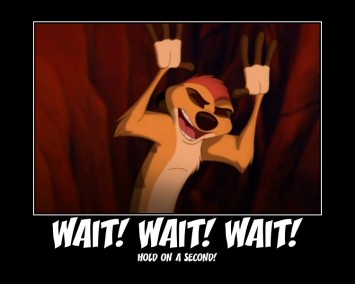 Not all Wattpad critiquers are bad. I have come across some pretty good ones.

Me? Payment for a Critique?

I’m in it to help people and yes, I do ask for a read-comment payment.

But I say, “at least a two-sentence comment on chapter 1 of so and such story”.

Two sentences in exchange for an extensive over-4000-words-or-so critique.

Sounds pretty good to me, if I do say so myself.