The Puppeteer Series is a series of short stories, poetry, poetry mixed with short story, textbook-like explanation, historical account leading to short story, and, on occasion, omniscient views of the world.

Although there are recurring characters, most of the shorts are in a different point of view (POV).

For example, “The Rich Town of Porbagorda” is an omniscient view on events that happen at the end of “Fifalenti ‘Esrie’ Noväché”.

Contrary to what you may think,

it’s not: “Because I use different POVs I can experiment. Muahaha.”

it’s: “There are solid reasons for using different POVs.” 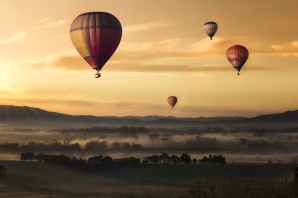 1: To keep the answer to the mystery up in the air.

Pros – If I stayed with the POV in “Prelude” (first in the series) which is omniscient, the reader definitely would not connect with any of the characters whose histories, thoughts, and feelings are deeply rooted into the story itself. I also feel the mystery will be solved too quickly.

Cons – Definitely if it wasn’t a series but one full book, this can throw people off. On Wattpad I have the series all in one book when they can be their own separate books like Beatrix Potter’s “The Tale of Peter Rabbit” and “The Tale of Squirrel Nutkin”. But having too many books on your profile on Wattpad can be a little overwhelming for visitors. So, weighing my options, putting the series all in one book seemed like a better idea.

2: To show how other characters are involved in the story.

The bigger picture. | Photo by Marianna on Pexels.com |

Pros – As I said, the characters’ histories, thoughts, and feelings are deeply rooted into the story itself. Focusing on one character would make it hard to show how the other characters are involved. But if they are each given their own time to shine, readers can see the bigger picture.

Cons – Readers might think the author can’t decide who the main character is. *cough cough* on the contrary, there actually is a main character. 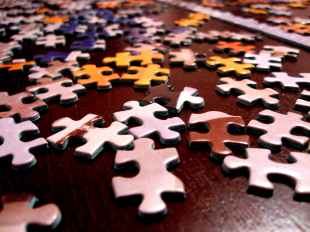 3: Helps the readers piece the puzzle together.

Pros – If the reader can see the bigger picture of what is going on, they can more easily figure out the answer while also enjoying the sense of mystery. I’m not saying a single POV mystery book is bad just that it wouldn’t work in this scenario.

Cons – Readers might hate being left in the dark for so long with clues seemingly all over the place. I say to those readers, “Maybe a puzzle-piece mystery isn’t your cup of tea, eh?”

So in the end, what am I trying to say? Well, maybe you can try this, too 🙂