When watching YouTube, you often see videos that have a collection of pictures or videos within the video. What I mean is, couples that met in interesting ways, cats doing funny things, children saying silly things, or even claims of ghost encounters.

These videos can be interesting, sure.

Yes, they can. No matter how hoax-y they may seem.

But they can often be misleading in the title. And often those titles use big descriptive words exaggerated to get people’s attention.

Let me talk about this for a sec because it’s kind of interesting how we need to exaggerate to attract people’s attention.

It’s kind of like overdone makeup or plastic surgery.

I was watching a video titled, “Unbelievable Examples of the Power of Destiny”.

is the biggest strongest word brought in front to really attract people’s attention.

On top of choosing a thumbnail of one of the most unbelievable instances (a guy appearing in a family photo of his future wife 7 years before they met).

Which is pretty unbelievable.

So you think, “Oh, the rest of them are all going to be awesome and unbelievable like this.”

A majority of them were just “a classmate from kindergarten” “neighbors” “I met her online and we used to go to the same school” “they’ve been together for 25 years”.

Even though the getting married odds or becoming a couple odds may be low, it’s not THAT low. 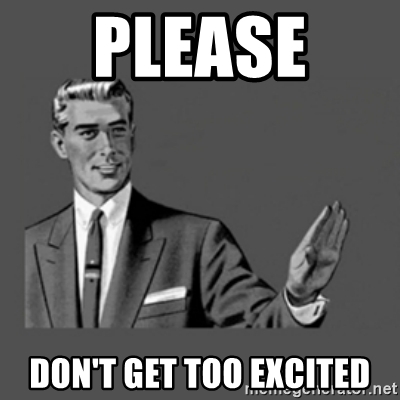 So that brings us to the misleading title to get people’s attention.

I saw the word “Unbelievable” and “Destiny” and the thumbnail and thought,

“This must be a collection of truly unbelievable ways couples have gotten married!”

It actually was “Yeah, some got married but some just started to date. We’re not sure if they got married. And yeah, not all of them appeared in a family photo from many years ago.”

So, are these kinds of exaggerated-attention-hungry titles bad?

Haha *dry laugh* No, of course not!

Okay, well maybe a little bit. Just don’t exaggerate too much. Maybe tone it down to “Couples who met in interesting ways”.

I know that doesn’t sound like an interesting title.

I know that you need to stand out amongst hundreds of other videos on YouTube and you need to catch people’s attention.

we can be quite judge-y and shallow, can’t we? Not giving a video a chance if it’s not unbelievable or the best ever or what have you.

Do you find them to be exaggerating too much?

Or if you post videos yourself, are YOU ever misleading?