I’m no expert on omniscient style fiction writing and neither am I much of a literary junkie, but I have read my fair share of classic literature (currently slowly making my way through Anna Karenina) and I have seen omniscient at it’s best, but when it comes to writing, I quickly realized that omniscient is not multiple point of view (POV).

It is, but it’s not. That’s what had me confused for the longest time.

I thought you could look inside the thoughts of all characters.

Nice day, Fernando thought as he lounged in his arm chair at home.

At the same time in a train on it’s way to an unknown place, Henry thought, Cold weather. Oh, boy, so cold.

These aren’t real excerpts, just to let you know, but they show what I thought was omniscient style fiction. You can see inside the characters’ heads so, therefore, couldn’t you give their thoughts a voice? Omniscient style is head-hopping allowed, right??? 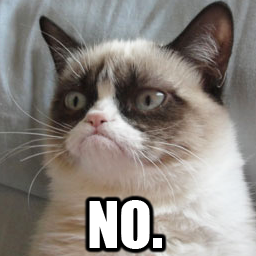 But then they also say it is okay to hop between heads of characters. But isn’t that head hopping? How can it be okay and not okay?

You can look into their heads and find out what they are thinking, but you can’t give their thoughts a voice.

With a sniff, he smirked. That was pretty smart of me! It would have made me look suspicious!

With a sniff, he smirked, thinking it was pretty smart of him to realize that before he made some big mistake that would make him look suspicious.

Which one is omniscient?

The first one, you are giving the character’s thought a voice. If you do that with multiple characters, that is called head hopping and something that confuses people when reading. Who’s head am I in now?

The second one, you have heard the thought of the character, but you are telling the reader what you heard without giving the character’s thought a voice.

She was like, ‘Oh my god, Sydney is impossible!’

Sandra thought Sydney was impossible with such disdain it would have scorched the sun.

With Voice Head Hopping: Hop inside the heads of characters, giving their thoughts a voice as if they are actually saying it out loud.

Without Voice Head Hopping: Hop inside the heads of characters, listening to their thoughts. Once you come out of their heads, you have to tell us what they thought, felt, believed without giving their thoughts a voice.

The Without Voice one is the one you’re supposed to do for omniscient style fiction.

Next in the series: Omniscient Discoveries 3: vs Multiple Point of View