Although she’s the main character in Red, White, or In Between (RWIB) we don’t really get to know too much about Eryn Kingsly.

I realized just recently that in the Tim Burton version of “Alice in Wonderland”, Alice is called, “Alice Kingsleigh”.

I didn’t name Eryn as Eryn Kingsly because I remembered Alice’s last name. I’d even forgotten she had a last name until I looked her up recently (like 2018-January recently). I gave her this last name because I wanted to create a popular-girl image and wanted her name to reflect that. So “King”.

Now with that out of the way…

who is Eryn Kingsly?

Born: In the fictional state of New Sollei near California, USA

Lives with: Mom (has an antique business selling mostly old furniture), Dad (works late hours at a printing company as an office manager)

Personality: kind, calm, confident, loyal friend to Celeste, and (despite her arguments against this) Eryn is not stuck up like your stereotypical popular girl. She is open to making friends with many (although she follows the unwritten code of being a popular girl and chooses her friends). There’s a small part of her that realizes she can be quite a “bee” sometimes. “Bee” is her and Celeste’s kid-friendly made-up word for “b***h”.

Skin: White but not too pale

Eyes: Green with a hint of yellow

Favorite Food of all time: Guacamole, and anything to do with avocados

Fan of: Higgy’s Beauty and the Judge , the song “Don’t Worry Be Happy”, the Mamma Mia musical (with Meryl Streep) to the point where she owns the DVD and the CD (2 copies of each just in case)

Type of Guy: Eryn likes guys with dimples on their cheeks when they smile. She likes guys that are willing to take care of her but not to the point of being protective. Eryn believes she is a strong girl who can take care of herself and has everything under control.

Status at School: Popular along with her best friend Celeste.

Fashion Style: Urban (often washed jeans), Minimal (no fancy designs), Matching (coordination is key). To make her green eyes pop, she often wears some sort of green accessory somewhere (a bracelet, an anklet, a choker, a headband, an earring) or makeup (eye shadow, eyeliner on her waterline).

Ears Pierced? : Just the left side.

Makeup? : Just a little bit as the school code does not allow a full-on look

Currently Into: Fashion of course.

(well, besides fashion) Currently Into: Browsing the web for Doge memes. 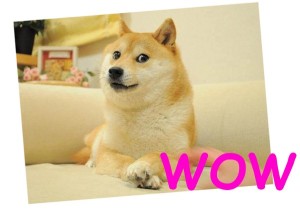 Talk about an author trying hard to be consistent to the times 😛 Spent 15 minutes walking down meme-memory lane searching for the top memes of 2013 as I was writing this.

Okay, back to Eryn.

Pets: No pets but would one day either get a cat or a teacup pig.

Hobbies: planning parties for other kids in her school along with her best friend Celeste, used to play the flute but she got bored after 2 years, making a playlist that tells a story (she currently has 5, each for a different mood), shopping, keeping pretty (morning and night skin care regime along with a specific showering method)

One Interesting Thing About Eryn: When she was 5, she somehow taught herself to do a back flip on the trampoline and land on her feet. Today, she can still do it but only for her family or best friend Celeste whom she knew since they were toddlers.