How does a writer come up with a story?

This is a question non-writers ask me sometimes. How does it even happen? I think similar things about digital illustrators or cake chefs or sculptors. How do you even come up with the thing, right? How does it go from nothing to novel?

As a writer, I don’t even think about it, but for this article, I tried to break it down. But the thing is, I can only break it down through giving an example.

Things You Need To Know About Me

Also, it’s important to note that while I can give some general advice, tips, or other pointers from my own experience, some of them might not work for you, but that doesn’t mean you fail as a writer. Some things that work for me might not work for you. We’re two different people. That’s totally fine. You might need to search for other advice and take some tips from here, other advice from there, and little by little you will figure out what works best for you and what you are most comfortable with.

Now That’s All Cleared Up,

recently, I decided to work on an old story. Then, I was inspired by the legend of the lost city, Atlantis. I tried to be acutely aware of what my thinking process was, and about how I was merging old writing ideas with new ones, so that I could write an article about how I came up with the story.

As I said, this is just one of the ways in which I can create something out of nothing.

Well, that sounded like a super power XD But really, it isn’t. If you have a little imagination and a bit of curiosity into the what-if, you can do it, too! 😀

I had this old story I wrote years and years ago. I had been meaning to do something with it for a while, but I didn’t have any ideas. It takes place in the ocean and involves some aquatic spy-type organizations. The story is question was supposed to a young adult story about a girl who realizes she can communicate through telepathy with a dolphin creature, but the idea morphed into middle grade (for ages 9-12). I’ve always wanted to try writing middle grade fantasy because I enjoy reading it.

Why not try with this old story?

But I liked the characters and the overall ocean, underwater setting. I was not going to give up. It was frustrating when an idea has such potential, but I didn’t have enough to work off of. Also, it was my first story taking place mainly by or in an ocean. Usually, my stories have deserts and/or forests in them. The only giant body of water might be a huge lake or a rushing river.

The reason I forget oceans is because I live in a landlocked place and the ocean is just about dreamland fantasy for me as outer space XD I barely even know what people do at oceans, so what was I thinking?

I moved on to write a new story (adult fantasy steampunk fiction) and introduced the possibility of a lost underwater city. What else is better than Atlantis? It’s super famous. Even Disney made a movie “Atlantis: The Lost Empire”. But my New Story did not cover Atlantis itself or it’s possible existence in that world. It was passing conversation about a lost underwater city for a little ridicule and a chuckle. But it got me thinking. Wait. WAIT. I could connect this idea with Old Story.

Mindset Thing 1: What I do with little ideas like this is that I keep it in my head without writing it down. For me, if I write an idea down, it solidifies the idea and I feel like I can’t change it. I know, don’t tell me. I know I can change it. It’s just a mindset thing for me, haha. Idk why.

I Cook Ideas: When I like an idea, I cook them. Cooking involves ingredients. I’m gathering the ingredients (little ideas), putting them together, and cooking it in my brain cauldron. What I mean is that I keep an idea alive in my noggin, revisiting it from time to time, and letting it flow in and out of my consciousness. I don’t let anything settle. It’s just an idea. Just a simple little idea. I put it in the cauldron and stir it around, stare at it, and consider it.

But this is the only type of cooking I enjoy XD I’m not much of a kitchen cook unless it’s easy. Tablespoon measurements still confuse me.

Mindset Thing 2: Another mindset thing for me is that once I talk about an uncooked idea, I can lose motivation to go forward with it. So, uncooked ideas are not discussed with anyone. Or, if I do talk about it, like in this article, I leave it quite vague.

There’s this story called The Whale Rider by Witi Ihimaera. It was a book turned movie and one of my favorite movies because it features Maori culture which fascinates me. It is about a Maori girl in line to become chief as she is the only descendent left of her family, but her grandfather does not approve it. It is discovered she has some ability to communicate with whales. The movie focuses on family and acceptance, love, and a tiny bit of magic. 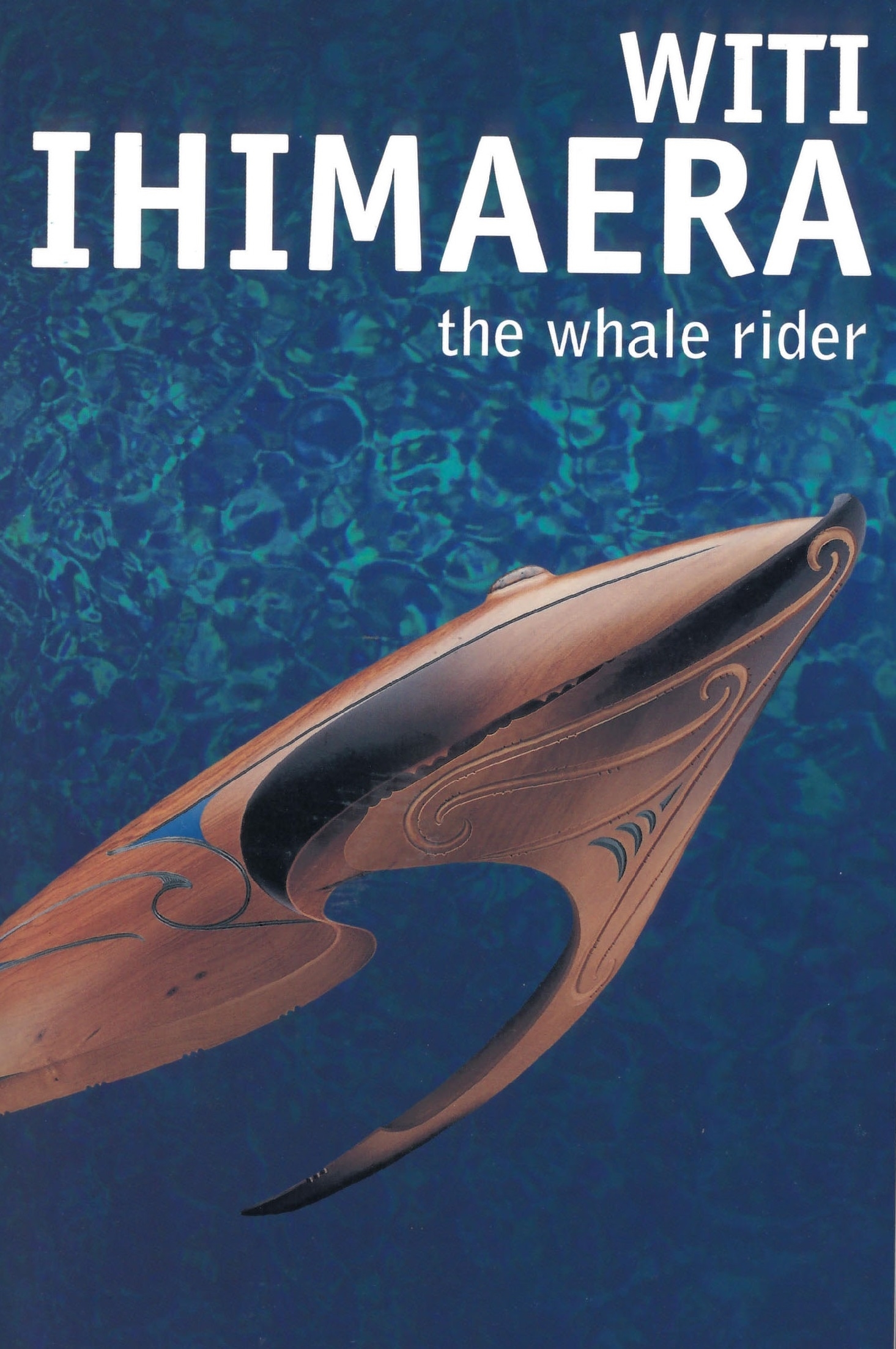 Anyway, I thought about the Whale Rider. Maybe my main character (MC) has a deeper, almost magical connection with the dolphin creatures? It was from here that I started to think about all kinds of ocean myths, legends, anything to fill out this story possibility.

Ideas Develop and Change: An important thing for me to always remember is that I don’t have to stick so closely to my original idea I had in Old Story. I sometimes feel like I need to stick to the original idea to the point where I never get any of the story done. Ideas develop and the original is just the starting point. Things can change drastically and that’s okay.

I wanted to push the idea of Atlantis and the Whale Rider together in the same fantasy world. I just had this inkling that it would work.

Trust Inklings: I always trust my inklings. If I feel like it could work, I think about how. How to connect? Where can I connect? What is similar? What can I tweak and how can I tweak it? Trust inklings. They are your subconscious telling you the idea is great and fun and would be epic. Anyway, that’s what I think XD

To find out how to connect Atlantis and the Whale Rider, I looked up all kinds of stories and legends about Atlantis, trying to understand what people have been saying. Can I use any of it as inspiration?

(The Whale Rider story, I didn’t do much other than revisiting the movie trailer to refresh my memory. Pretty familiar with it.)

For Atlantis, I had to keep reminding myself that:

Now that I have my big ingredients, I have to figure out where the story is going to start. As a pantser, I still need to know where it starts or I can’t, well, I can’t start (obviously, haha). At this point, I barely even have the bones of an idea. Everything is only loosely connected. It has to be somewhat firm for me to be able to write the first scene.

I decided the story will take place years after Atlantis sinks or somehow met its doom. The MC will save Atlantis somehow.

Tip! Don’t Force It: When it seems like you’re forcing an idea into another idea, stop. Chances are, you’ll be stuck there forever and you won’t like what you’re writing. It could be a sign that you are not happy with the idea or that you are not creating a story that you wanted to create. You are creating a story you think people would like to see. Write for yourself first, not people. A story should come naturally and you should enjoy the challenging and rewarding process, and not having to think about

Once I figured those big questions out, everything else began to fall into place. How it fell into place was like gathering pieces of a puzzle and putting it together carefully. The picture became clearer and clearer.

No Outline, but a Picture?

But what is this picture, you may ask, if I don’t outline my stories? Is this not outlining? Am I not plotting or planning my story? AM I A FAKE PANTSER???

I may not outline chapters, but I do make sure the backstory/lore of the story is somewhat there. The picture I’m trying to create is “What happened before MC’s story began?” I need something to work off of.

USUALLY, if it was my pure imagination, I have enough to work off of. Well, not to BRAG or anything, but I can have a pretty wild imagination if I allow it 😛

This ocean story, this dolphin-and-girl story was a bit different, because I’m writing a story about someone who saves Atlantis some years later. And I had limited knowledge about the legends surrounding Atlantis. So, I had to gather more fodder for more imagination. I need ingredients to cook! XD

Important to remember: Nothing is set in stone. Things can change.

So, I allowed myself some leeway. Left some vague places on purpose. Left some names the same that I know I want to change later (Atlantis will be called something else).

Well, that is one way I come up with a story. As I said in the beginning, many different things can inspire me. And the story can come together in different ways depending on what inspired it or how much knowledge I have on the thing I’m using for inspiration.

If you are trying to come up with a story, I would say, as general advice, be open minded, be curious, ask “what-if” questions. Be willing to explore anything 🙂 Nothing is set in stone. Anything can change if you want it to.

I’ll leave you with this. The most important thing when it comes to going from nothing to novel is that you have fun. I enjoy this continuous challenge that comes with being a writer. If I didn’t, I wouldn’t be here.