Halfhuman is a hybrid of an anthro (humanoid animals) and a Human. Anthros were the ones occupying Elgana. Two-hundred and fifty years later, Humans overtook them. Through slavery and forced integration, the anthros went extinct except for the blue feline race, Kathula.

Kathula race is the only anthro race? Click here to find out more!

For details on specie and sub-specie names, check this article.

Halfhumans are a result of integration between anthropomorphic races and Humans.

Well, you can check out my original Halfhuman art, in this article 🙂

For example, there might be a lion-type (Leovra) Halfhuman who has a lion’s head, but the rest of his body is Human. Or, there might be a Halfhuman of the leopard type (Ropardia) where most of her body is anthro-like, except her hands. They are not clawed fingers or have fur on them. They are completely Human hands. Or, you might get an even weirder type of Halfhuman where they have Human skin showing only on their backs. Fur or scales or feathers can fall off before puberty if the Halfhuman happened to have stronger Human genes.

Siblings can look quite different as well.

What doesn’t exist are hybrids. They can’t exist. You can find more about that in this article where I also talk about different types of species and sub-species of Halfhumans.

(mostly) Second Ring: The Second Ring is a mixture of developed and under-developed living areas. Halfhumans predominately occupy this Ring but you may see some living in the First Ring as well – often with their Human partners.

The pictures below are from my Pinterest board here. If you click it, you can find other images of inspiration. Anyway, imagine concentrated city areas of high-technology (third pic below) contrasting with the rural areas more reflecting medieval times (first pic) and those living in poverty having run-down houses (like the pic in the middle). 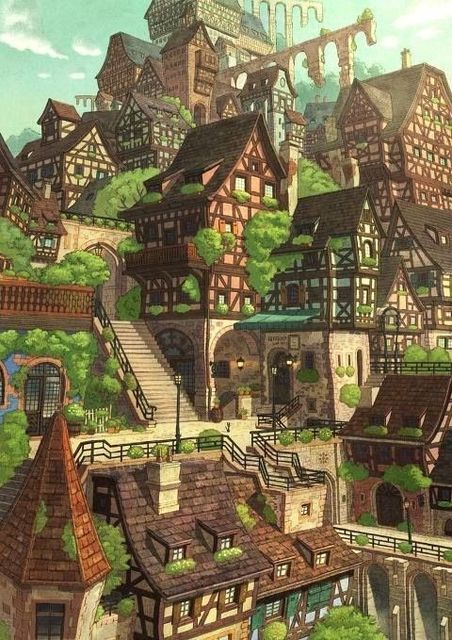 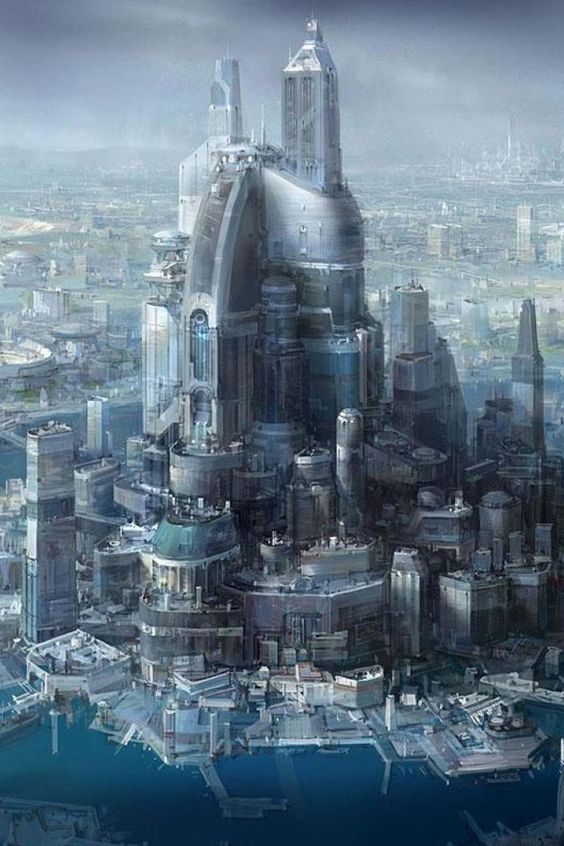 Some areas have adapted Human high-technology. One object that Halfhumans use for everything (and I mean EVERYTHING) is their Bolt. A Bolt is like a smartphone, only it has compatibility with paws, can be used to surf the WAVE, make calls, watch the screen (it’s like their version of television, but they call it the screen), and text. It doesn’t have any apps, but it has an array of built-in functions.

Related article: What is a Bolt like? COMING SOON…

Recently, there is an increasingly large number of gay or lesbian Halfhumans. Scientists speculate this is nature’s way of preserving certain sub-species and preventing their extinction. They also speculate that with some Halfhumans having more children than they can care for, it’s also nature’s way (or magick’s way) of trying to give unwanted children a loving, caring home.

Anything we eat today in our world, they eat. Certain sub-species may also have their own culinary culture. One thing that might be different is that the bird-types might not eat fowl. They see it as cannibalism 😛

Halfhumans still practice tribal structure when it comes to their specie, sub-specie leaders. This has been passed down from their anthropomorphic ancestors. On top of that, they have also adapted the Human democratic election system.

each specie of Halfhuman chooses one of their kind to put up for election. This is done by campaigning. The most Halfhumans that can campaign at once is five.

The chosen ones (cliche 😛 ) either two or three will then be put up for the Voting of the Chief of Halfhumans. All Halfhumans are encouraged to vote (although some don’t).

The chosen Chief of Halfhumans will then choose, out of the ones that lost the campaign, ones to work for them. It does not have to be the same specie or sub-specie as the Chief.

The Chief will be in power for three years until the next election campaign must begin.

Some sub-species of Halfhumans are more inclined to be born with the genetic ability to use magic such as the Kraitai (polar bear parts with human parts) who can freeze water particles. Basically they can make ice, okay? 😛 If they have good control over their magic ability, they can become Sorcerers.

But not all sub-species of Halfhumans become Sorcerers.

If you wanna know all about Sorcerers (because they are not your traditional Sorcerers) you can click here.

In terms of their government, Halfhumans divide themselves into two controlled areas.

One is, large cities back to back which act as a place where Halfhumans go to work and become successful. It is called by several names: the Hub, the Buzz (because of the buzzing sound you hear when many voices are talking at once), the Harbor (being at the edge of a large ocean-like lake), and humorously, the Herd. The third pic you see above very accurately represents this area.

Another is, a large area subdivided into smaller areas of Territories with each area occupied by a certain specie of Halfhuman and then further, a certain sub-specie. Just because they are called Territories does not mean Halfhumans refuse to mingle with each other. It was just easier for the same sub-species to live together.

Besides, different species and sub-species cannot have children together. They can get married but their child will not conceive even if they try many times.